I knew I am going against many health experts’ advice when I tell people both, not to bother counting calories, and yes, there are good and bad foods. Now, this study confirms one more time that there is no need to count calories to lose weight and that the type of foods we eat make a difference in our losing or gaining weight.

Here is the study as it appeared in The New York Times.

Still Counting Calories? Your Weight-Loss Plan May Be Outdated

It’s no secret that Americans are fatter today than ever before, and not just those unlucky people who are genetically inclined to gain weight or have been overweight all their lives. Many who were lean as young adults have put on lots of unhealthy pounds as they pass into middle age and beyond.

It’s also no secret that the long-recommended advice to eat less and exercise more has done little to curb the inexorable rise in weight. No one likes to feel deprived or leave the table hungry, and the notion that one generally must eat less to control body weight really doesn’t cut it for the typical American. 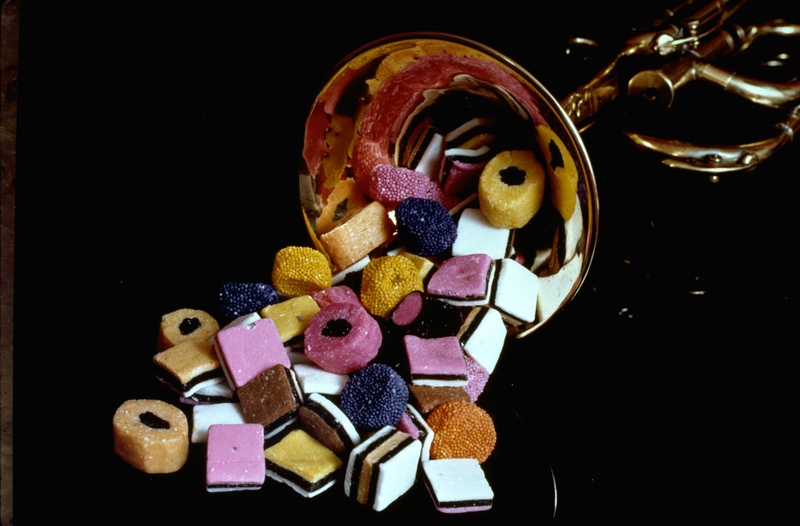 So the newest findings on what specific foods people should eat less often — and more importantly, more often — to keep from gaining pounds as they age should be of great interest to tens of millions of Americans.

The new research, by five nutrition and public health experts at Harvard University, is by far the most detailed long-term analysis of the factors that influence weight gain, involving 120,877 well-educated men and women who were healthy and not obese at the start of the study. In addition to diet, it has important things to say about exercise, sleep, television watching, smoking and alcohol intake.

The study participants — nurses, doctors, dentists and veterinarians in the Nurses’ Health Study, Nurses’ Health Study II and the Health Professionals Follow-up Study — were followed for 12 to 20 years. Every two years, they completed very detailed questionnaires about their eating and other habits and current weight. The fascinating results were published in June in The New England Journal of Medicine.

The analysis examined how an array of factors influenced weight gain or loss during each four-year period of the study. The average participant gained 3.35 pounds every four years, for a total weight gain of 16.8 pounds in 20 years.

“This study shows that conventional wisdom — to eat everything in moderation, eat fewer calories and avoid fatty foods — isn’t the best approach,” Dr. Dariush Mozaffarian, a cardiologist and epidemiologist at the Harvard School of Public Health and lead author of the study, said in an interview. “What you eat makes quite a difference. Just counting calories won’t matter much unless you look at the kinds of calories you’re eating.”

Dr. Frank B. Hu, a nutrition expert at the Harvard School of Public Health and a co-author of the new analysis, said: “In the past, too much emphasis has been put on single factors in the diet. But looking for a magic bullet hasn’t solved the problem of obesity.” 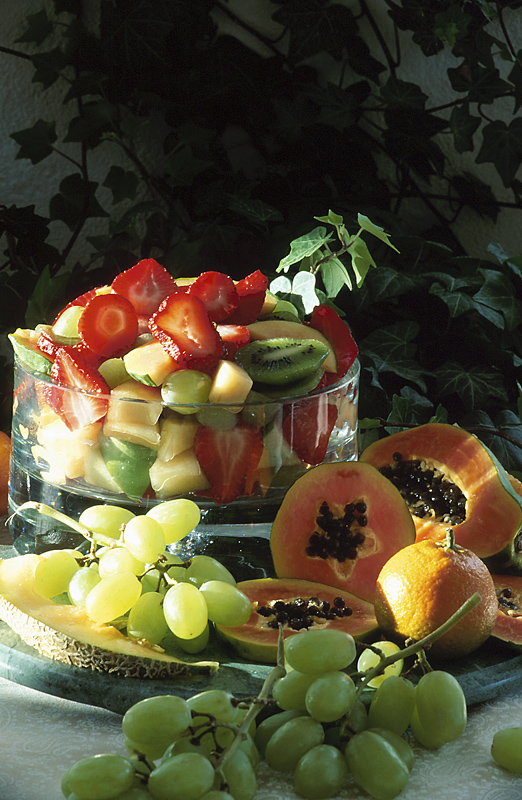 Also untrue, Dr. Mozaffarian said, is the food industry’s claim that there’s no such thing as a bad food. “There are good foods and bad foods, and the advice should be to eat the good foods more and the bad foods less,” he said. “The notion that it’s O.K. to eat everything in moderation is just an excuse to eat whatever you want.”

The study showed that physical activity had the expected benefits for weight control. Those who exercised less over the course of the study tended to gain weight, while those who increased their activity didn’t. Those with the greatest increase in physical activity gained 1.76 fewer pounds than the rest of the participants within each four-year period.

But the researchers found that the kinds of foods people ate had a larger effect over all than changes in physical activity.

“Both physical activity and diet are important to weight control, but if you are fairly active and ignore diet, you can still gain weight,” said Dr. Walter Willett, chairman of the nutrition department at the Harvard School of Public Health and a co-author of the study.

As Dr. Mozaffarian observed, “Physical activity in the United States is poor, but diet is even worse.”

People don’t become overweight overnight. Rather, the pounds creep up slowly, often unnoticed, until one day nothing in the closet fits the way it used to. 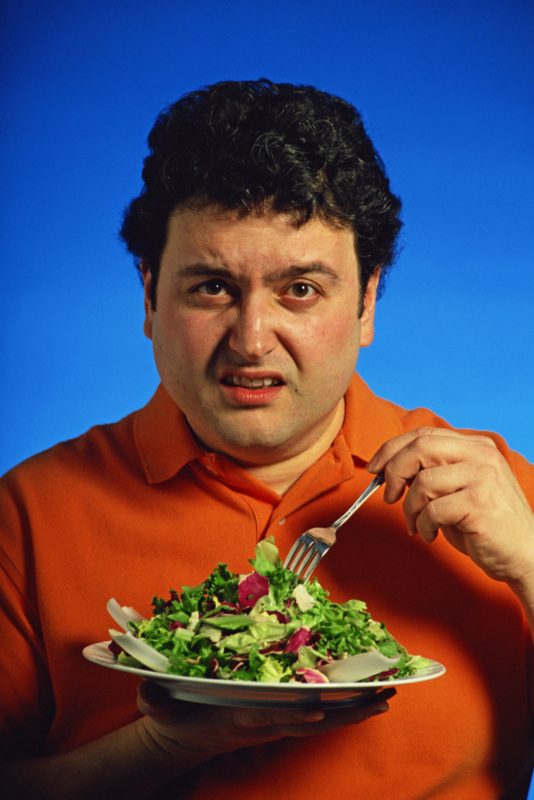 The beauty of the new study is its ability to show, based on real-life experience, how small changes in eating, exercise and other habits can result in large changes in body weight over the years.

On average, study participants gained a pound a year, which added up to 20 pounds in 20 years. Some gained much more, about four pounds a year, while a few managed to stay the same or even lose weight.

Participants who were overweight at the study’s start tended to gain the most weight, which seriously raised their risk of obesity-related diseases, Dr. Hu said. “People who are already overweight have to be particularly careful about what they eat,” he said.

The foods that contributed to the greatest weight gain were not surprising. French fries led the list: Increased consumption of this food alone was linked to an average weight gain of 3.4 pounds in each four-year period. Other important contributors were potato chips (1.7 pounds), sugar-sweetened drinks (1 pound), red meats and processed meats (0.95 and 0.93 pound, respectively), other forms of potatoes (0.57 pound), sweets and desserts (0.41 pound), refined grains (0.39 pound), other fried foods (0.32 pound), 100-percent fruit juice (0.31 pound) and butter (0.3 pound).

Also not too surprising were most of the foods that resulted in weight loss or no gain when consumed in greater amounts during the study: fruits, vegetables and whole grains. Compared with those who gained the most weight, participants in the Nurses’ Health Study who lost weight consumed 3.1 more servings of vegetables each day.

But contrary to what many people believe, an increased intake of dairy products, whether low-fat (milk) or full-fat (milk and cheese), had a neutral effect on weight.

And despite conventional advice to eat less fat, weight loss was greatest among people who ate more yogurt and nuts, including peanut butter, over each four-year period.

Nuts are high in vegetable fat, and previous small studies have shown that eating peanut butter can help people lose weight and keep it off, probably because it slows the return of hunger.

That yogurt, among all foods, was most strongly linked to weight loss was the study’s most surprising dietary finding, the researchers said. Participants who ate more yogurt lost an average of 0.82 pound every four years.

But, consistent with the new study’s findings, metabolism takes a hit from refined carbohydrates — sugars and starches stripped of their fiber, like white flour. When Dr. David Ludwig of Children’s Hospital Boston compared the effects of refined carbohydrates with the effects of whole grains in both animals and people, he found that metabolism, which determines how many calories are used at rest, slowed with the consumption of refined grains but stayed the same after consumption of whole grains.

As has been suggested by previous smaller studies, how long people slept each night influenced their weight changes. In general, people who slept less than six hours or more than eight hours a night tended to gain the most. Among possible explanations are effects of short nights on satiety hormones, as well as an opportunity to eat more while awake, Dr. Hu said. 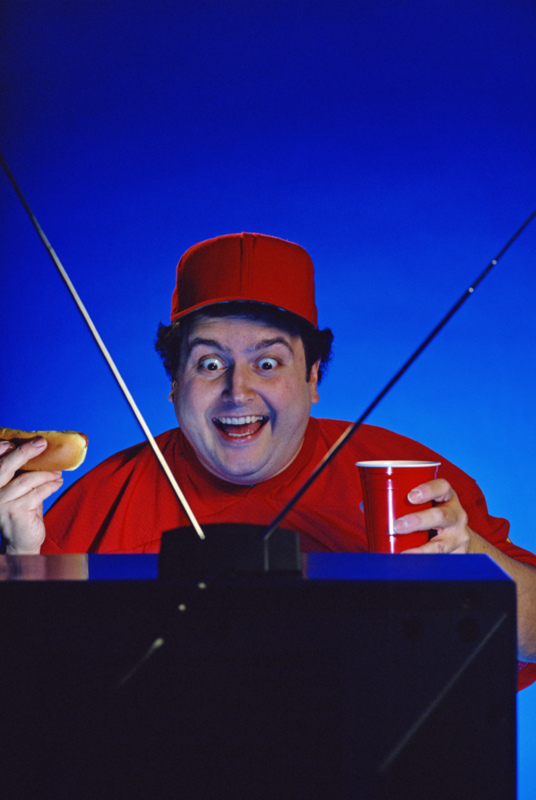 He was not surprised by the finding that the more television people watched, the more weight they gained, most likely because they are influenced by a barrage of food ads and snack in front of the TV.

Alcohol intake had an interesting relationship to weight changes. No significant effect was found among those who increased their intake to one glass of wine a day, but increases in other forms of alcohol were likely to bring added pounds.

As expected, changes in smoking habits also influenced weight changes. Compared with people who never smoked, those who had quit smoking within the previous four years gained an average of 5.17 pounds. Subsequent weight gain was minimal — 0.14 pound for each four-year period.

Those who continued smoking lost 0.7 pound in each four-year period, which the researchers surmised may have resulted from undiagnosed underlying disease, especially since those who took up smoking experienced no change in weight. 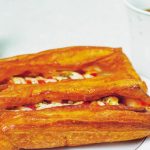 The 3 Causes of Weight Gain on a Typical Modern Diet 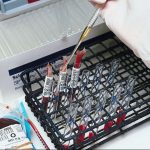 Wondering Why Always Tired? Check The Side Effects of Your Medication