This fact has led to believe that fructose is the ideal sweetener for diabetics, but a new study shows that it may not be so. Past studies have revealed a link between fructose, heart disease, triglycerides, and obesity.

However, we need to make a distinction when we talk about fructose: fructose as a sweetener or fructose in its natural state in fruit.

Fructose is a simple carbohydrate also known as fruit sugar or levulose. Although fructose has the same chemical formula as glucose, it tastes sweeter. Table sugar or sucrose is a combination of glucose and fructose.

The fructose found in fruit comes with fiber and many vitamins and minerals. Fruit, eaten in moderation, is good for diabetics or anyone else for that matter. On the other hand, fructose used as a sweetener, may not be so healthy, especially because in many cases, it is high fructose corn syrup, a product we know it has many negative effects on our health.

This is because ingesting too much fructose overwhelms the body. When too much fructose enters the liver, the liver can’t process it all fast enough for the body to use it as sugar. Thus, it converts fructose into fat and stores it as triglycerides. I have explained the route glucose and fructose takes in more detail in a past post. You can check the path of these two sugars by clicking on “What is in corn syrup that causes health troubles”?

Below you can read the results of the study posted by MedPage Today on Dec 7, 2011.

Fructose No Substitute for Glucose in Diabetes

NEW YORK — Although it negates the dumping of glucose directly into the bloodstream, fructose may not be an ideal sweetener for diabetics, researchers said here.

Its links with hypertension, adiposity, and increased uric acid levels could potentially outweigh its immediate blood sugar benefits, especially among patients with diabetes, who already have or are at risk for such comorbidities, according to James Rosenzweig, MD, of Boston University.

“There are conflicting results,” regarding the effects of fructose, Rosenzweig said at a press briefing here arranged by the Endocrine Society. “But fructose itself may have metabolic risks compared with glucose.”

Fructose, which is the main sugar found in fruits, is a monosaccharide, like glucose. But unlike glucose, which requires insulin to move it into the body’s muscle tissue where it’s processed into energy, fructose is metabolized by the liver.

There, it’s converted into glycogen, a starch, and lipids, Rosenzweig explained.

Some researchers have speculated that since it negates the need for insulin, it may serve as an ideal replacement for glucose in diabetics’ diets.

But several recent studies have scrutinized its effects on metabolism — some of which could add to comorbidities already seen in this population.

Some studies have shown that fructose intake is linked with higher levels of serum triglycerides, potentially contributing to adiposity and weight gain, Rosenzweig said.

It’s also been tied to increased levels of uric acid, which can lead to gout and kidney stones, he said. Chronically high levels of uric acid have also been linked with atherosclerosis, which Rosenzweig said is troubling given that hardening of the arteries is already a known complication of diabetes itself.

And fructose overload also may be associated with high blood pressure – another common comorbidity among diabetics — and some of that data has come from large-scale epidemiological studies such as the National Health and Nutrition and Examination Survey.

The same problems could be associated with high-fructose corn syrup, which is a polysaccharide that’s chemically similar to plain table sugar, or sucrose. The molecule is half fructose and half glucose, but the gastrointestinal tract breaks it down into its respective monosaccharides, Rosenzweig said.

Thus, diabetics get the initial dumping of blood glucose, plus the liver hit of fructose, which generates lipids, he explained, adding that there’s no discernible metabolic difference between sucrose and high-fructose corn syrup.

He cautioned that some of the studies have involved large doses of fructose — far larger than what would represent a normal intake — so the effects could be exaggerated.

Moreover, the American Diabetes Association doesn’t recommend fructose as a substitute sweetener for glucose, he said.

It does, however, recommend fruit intake as part of a healthy diet — though the amount of fructose in fruits is hardly enough to contribute too significantly to obesity, he added.

Although the jury is still out on the effects of fructose for diabetics, if you find that when you eat fruit you want more and more, and an hour or two after eating fruit you show signs of blood sugar swings, including sweats, weakness, headache, or fatigue, you may need to lower the amount of fruit you eat in one sitting.

Vitamin B12 Deficiency is Common in Diabetics 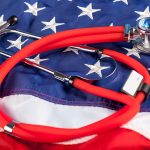 Medicare and Medicaid Will Cover Intensive Counseling for Weight Loss