Diets to lose weight can be sabotaged by “hunger hormones”. It happens because some of these hormones such as leptin which tell the brain the body is full, decrease when the person loses weight by following a diet very low in calories.

When hormones that regulate appetite are not in sufficient amounts, the brain doesn’t know the stomach is full and keeps on eating. This leads to regaining most of the weight lost, if not all of it.

This is what a study conducted by Joseph Proietto, Ph.D., of Heidelberg Repatriation Hospital in Australia, and colleagues reported in the Oct. 27 issue of the New England Journal of Medicine. The study was posted by MedPage Today on October 26, 2011.

Hormones regulating when a person feels hungry or sated do not rapidly adjust to weight loss, which may be a factor in the yo-yo effect observed among dieters, researchers found.

One year after losing weight, levels of appetite-regulating hormones didn’t revert to baseline levels, Joseph Proietto, Ph.D., of Heidelberg Repatriation Hospital in Australia, and colleagues reported in the Oct. 27 issue of the New England Journal of Medicine.

The findings suggest that the “high rate of relapse among obese people who have lost weight has a strong physiological basis and is not simply the result of the voluntary resumption of old habits,” Proietto and colleagues wrote.

It’s well established that heavy patients who lose weight dieting often fail to keep the pounds off, the researchers explained.

Studies have shown that restricting calories can lower levels of the hormones leptin — which tells the brain that the body is full — and ghrelin — which stimulates hunger.

There are changes in circulating levels of hormones involved in body weight regulation as well, but it’s not clear whether these changes persist over time.

Proietto and colleagues enrolled 50 overweight or obese patients in a 10-week weight-loss program that involved a very low energy diet.

In the intention-to-treat analysis, the mean weight loss at the end of 10 weeks was 13.5 kg (about 30 lbs), and the researchers assessed hormone data from the 34 patients who completed the full trial.

The researchers found that at 10 weeks, weight loss led to significant reductions in leptin, peptide YY, cholecystokinin, insulin, and amylin (P<0.001 for all except amylin, which was significant at P=0.002).

All of these changes would be expected to facilitate weight regain, the researchers said, except for the change in a pancreatic polypeptide, which reduces food intake. Weight regain had begun in these participants although they still had an overall net weight loss from the beginning of the study.

Proietto and colleagues also found a significant increase in subjective appetite with weight loss. Mean ratings of hunger, desire, and urge to eat, and prospective consumption was significantly higher at both 10 and 62 weeks than at baseline, they reported (P<0.001).

“In obese persons who have lost weight, multiple compensatory mechanisms encouraging weight gain, which persists for at least one year, must be overcome in order to maintain weight loss,” they wrote. “These mechanisms would be advantageous for a lean person in an environment where food was scarce, but in an environment in which energy-dense food is abundant and physical activity is largely unnecessary, the high rate of relapse after weight loss is not surprising.”

They said the findings also suggest that there’s an elevated body weight “set point” in obese patients, and efforts to lower weight beyond this point are “vigorously resisted.”

They noted that bariatric surgery has been shown to have positive effects on hunger-mediating hormones, but the procedure isn’t readily available to most patients.

The study was limited by its high attrition rate, which the researchers said is typical for long-term weight loss studies.

Maybe a good and safe way to lose weight is not to cut dramatically the number of calories we eat, but be selective with the foods we eat. As you well know, emphasizing fruits and vegetables and decreasing foods in your diet that are in fat and sugar is a good course of action. 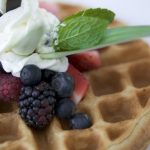 Preventing Your Blood Sugar from Soaring at the American Restaurant 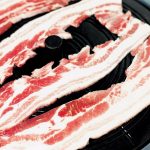 How and Why Certain Foods Affect Blood Sugars 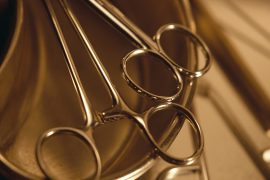 Would Bariatric Surgery Be the New Diabetes Type 2 Treatment?