The following study conducted at Duke University shows that aerobics, which include walking, is the best form of exercise to lose a fat stomach. Compared to exercises aimed at increasing lean body mass and improving strength, aerobic exercise is by far more effective when it comes to losing the fat in your stomach.

The study was posted by Fox News| MyHealthNewsDaily on August 29, 2011

The best type of exercise to burn unhealthy belly fat is aerobic exercise, according to a new study.

Therefore, it is more time-efficient for overweight and obese people to do only aerobic exercise, the researchers said.

The truth about belly fat

Belly fat, which scientists call visceral fat, isn’t what causes muffin top. Instead, it is found deep in the abdominal cavity, filling the spaces between internal organs, the researchers said. 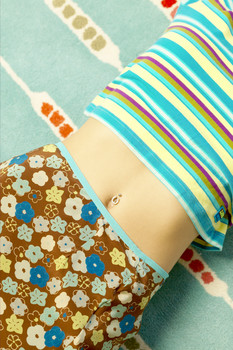 It’s considered more of a danger to health than other fat because studies have shown it is associated with higher risks of heart disease, diabetes and certain kinds of cancer.

While a combination of aerobic training and resistance training is often recommended, few studies have investigated the effects of combining the two, the researchers said.

“Our study sought to identify the most effective form of exercise to get rid of that unhealthy fat.”

The study included 196 overweight, sedentary adults, ages 18 to 70, who were randomized to one of three exercise groups for eight months: aerobic training, resistance training or a combination of the two

The aerobic group performed exercises equivalent to jogging 12 miles per week at 80 percent maximum heart rate. The resistance-training group performed eight weight-lifting exercises, doing three sets of eight to 12 repetitions of each lift, three times a week. The combination group did both of these regimens in full. The researchers closely supervised and monitored the participants to ensure maximum effort in participation.

They found that aerobic exercise was also best for reducing liver fat, too much of which can lead to nonalcoholic fatty liver disease, a leading cause of cirrhosis.

Aerobic exercise was better than resistance training at improving insulin resistance, and reducing liver enzymes and triglyceride levels — all of which are known to increase the risk of diabetes and heart disease.

“When it comes to increased health risks, where fat is deposited in the body is more important than how much fat you have,” Slentz said.

How much exercise do we really need to do?

While the training programs in the study were rigorous, previous research suggests that results could be achieved with a more moderate aerobic exercise program, Slentz said.

“What really counts is how much exercise you do, how many miles you walk and how many calories you burn,” he says. “If you choose to work at a lower aerobic intensity, it will simply take longer to burn the same amount of unhealthy fat.”

The study will be published in an upcoming issue of the American Journal of Physiology Endocrinology and Metabolism.

If you are not physically active and you want to lose some body fat, you may want to include some walking in your weekly routine. Early in the morning is ideal, but late in the evening is not bad at all. And do not forget that walking plus a diet that burns belly fat is even better for fast results. 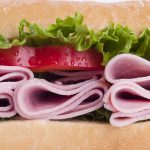 Is Baked Ham Good for Diabetics?