25 percent of the adult population has already developed insulin resistance and thousands more are on the road towards developing type 2 diabetes. It is critical for you to know exactly where you stand in the progression of this disease. If you have some of the following insulin resistance symptoms, check with your doctor before things get out of hand.

How can you tell if you have an insulin resistance condition?

Identifying insulin resistance is important because this is a serious condition that can lead to diabetes. Unfortunately, insulin resistance starts to cause damage, especially in the cardiovascular system, way before diabetes is diagnosed. If you suspect insulin resistance, ask your doctor to perform two tests: the fasting glucose test and the two-hour glucose tolerance test. Insist on having both done if your doctor recommends only one.

What can you do if your tests show pre-diabetes or diabetes?

The first thing is not to panic because, at this stage, the condition can be reversed. Your doctor will probably give you six months to work on it, after which time, he will prescribe diabetes oral medication if your test results have not improved.  Don’t wait until that happens. Get serious about reversing your insulin resistance by taking to major steps:

Diabetes is a serious condition and you cannot ignore it. As I said before if you have any of the insulin resistance symptoms mentioned here, start taking some action and do not wait until your doctor prescribes medication because then you will have to deal with its side effects.

Studies have shown that the following health indicators are common to most centenarians:

Being insulin sensitive is one of the most important markers of lifespan. So, let’s live for as long as we can but in the best possible health. This may require some lifestyle changes on our part. 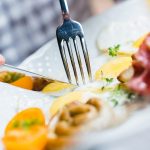 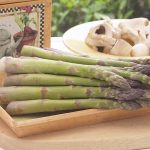