You may have heard that oat bran lowers LDL cholesterol, but do you know how much oats you need to eat to really lower it? Anyhow, if you have high cholesterol and you are not eating oats, you may want to start eating them right away. Read this article because you are going to be surprised at the amount needed to lower LDL, the bad guy and to increase HDL, the good one.

The power of Oats

Thirty years ago, Dutch scientists discovered how powerful oats can be in the treatment of cholesterol and Michael C. Davidson, Assistant Professor at the Rush-Presbyterian-St. Luke  Medical Cardiology Center of Chicago has recently confirmed this attribute by telling us that out of 25 studies conducted with oats, 23 confirm its benefits in treating cholesterol.

So, how much is enough?

The amount needed to fight cholesterol is not that much, indeed. “Half medium bowl of cooked oat bran or a whole bowl of oatmeal was enough” informs Davidson referring to a recent studio. Through this study, the conclusion was reached that the highest doses needed to treat cholesterol is 60 grams of oat bran or two-thirds of a bowl of dry oats per day.

By eating this amount, people who consumed a diet low in fat were able to reduce their harmful cholesterol by 16 percent. With half of that amount, 30 grams or one-third cup of dry oats, the cholesterol was reduced by 10%. However, no benefits were shown when the amount was increased to 90 grams of oat bran per day.

Although oatmeal also showed to be effective, you need twice the amount to obtain the same effect. More significant was the fact that oats reduced the cholesterol enough to avoid that one-third of the participants in the group had to take powerful medicine to reduce cholesterol, says Davidson.

Based on another study, Davidson reveals that even 60 grams of instant oatmeal per day is sufficient to reduce cholesterol by 60% within two months. Consuming a bowl of oat bran per day can raise the level of cholesterol HDL, the good one, by 15% within two or three months, says Anderson.

The magic substance in oats

The magic substance in oats that fights cholesterol is beta-glucan. Beta-glucan is a soluble fiber that binds with cholesterol and prevents it from getting back to the liver and be reabsorbed. Beta-glucan also binds with bile acids and both are excreted from the body through the feces.

The liver is the organ in charge of making bile from cholesterol, so if bile is not around because it went out along with the feces, the liver has to go to the blood vessels and get the cholesterol it needs to fabricate more bile. The result: less cholesterol circulating in the blood.

Beta-glucan also delays the digestion of dietary carbohydrates. Due to this delay, the sugar in the food is absorbed progressively, helping in the control of blood glucose.

If you have high levels of cholesterol, above 230, a bowl of oat bran can help you. If your level is low, chances are you will not see any beneficial results. And you should not expect additional benefits by eating more than two-thirds of a cup of dry oat bran or one cup of oatmeal per day. 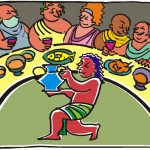 Diabetes Articles: When Diabetes Was Cured, a Fable 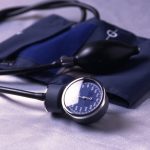