Many scientific studies have shown a relationship that diabetes can affect memory loss. Thus, it is not a surprise to see a new study confirming a relationship between diabetes and cognitive functions. The risk for diabetics is that poor blood sugar control damages blood vessels in the brain as well as in the rest of the body, which in turn may lead to poor blood circulation. Inflammation is also part of the problem.

Poor blood circulation in the brain means our neurons are not fed properly, causing our memory and cognitive functions to slow down. This predicament can, in the long run, lead to dementia and Alzheimer’s disease.

The new study, published in the Archives of Neurology by Dr Yaffe and colleagues, explains how this relationship takes place. The study was posted in The New York Times.

A new study adds to growing evidence that the complications of diabetes may extend to the brain, causing declines in memory, attention and other cognitive skills.

The new research showed that over the course of about a decade, elderly men and women with diabetes — primarily Type 2, the fo

rm of the disease related to obesity and inactivity — had greater drops in cognitive test scores than other people of a similar age. The more poorly managed their disease, the greater the deterioration in mental function. And the declines were seen not just in those with advanced diabetes. The researchers found that people who did not have diabetes at the start of the study but developed it later on also deteriorated to a greater extent than those without the disease.

“What we’ve shown is a clear association with diabetes and cognitive ageing in terms of the slope and the rate of decline on these cognitive tests,” said Dr Kristine Yaffe, a professor of psychiatry and neurology at the University of California, San Francisco. “That’s very powerful.”

While correlation does not equal causation and the relationship between diabetes and brain health needs further study, the findings, if confirmed, could have significant implications for a large segment of the population. Nationwide, nearly a third of Americans over the age of 65, or roughly 11 million people, have diabetes. By 2034, about 15 million Medicare-eligible Americans are expected to have the disease.

Previous studies have shown that Type 2 diabetes correlates with a higher risk of Alzheimer’s disease and dementia later in life. But how one leads to the other has not been well understood. While some scientists speculate that inflammation and vascular damage caused by chronically high blood sugar levels over many years is the culprit, findings from the research have been inconsistent. And until now, little was known about the effect, if any, that newly diagnosed diabetes would have on cognitive function.

In the new study, published in Archives of Neurology, Dr Yaffe and her colleagues relied on extensive data from the Health, Aging and Body Composition project, or Health ABC, a long-running study of white and black older adults living in Pittsburgh and Tennessee. The researchers looked at 3,069 people, many of them in their 70s. When the study began, 23 per cent of the subjects had diabetes. And 5 per cent were free of diabetes at the outset but went on to develop it later.

While the researchers did not distinguish between Type 1 and Type 2 diabetes, they said that given the average age of the subjects, about 74, most if not all had Type 2 diabetes.

Over the course of the research, the subjects were repeatedly given cognitive tests that looked at things like their memory, their coordination, dexterity and ability to concentrate, as well as their overall mental health. At the start of the study, those who already had diabetes had slightly lower baseline scores than the subjects who did not have the disease.

But nine years later, the gap in cognitive test scores had widened significantly between those with and without diabetes. The differences remained even after the researchers adjusted their results for the effects of age, race, sex and education. They also found that the subjects who were free of diabetes at the beginning of the study but developed it, later on, had scores that fell between those of the other two groups.

The researchers then delved further by looking at the effect of poor glucose control. In this case, they took measures of something called glycosylated haemoglobin. Unlike traditional blood sugar tests, which provide a momentary snapshot of a person’s glucose levels, glycosylated haemoglobin gives doctors a much broader picture, providing an idea of blood sugar management over the course of weeks. It is considered one of the best ways for doctors to assess the progress of diabetes treatment.

In the new study, higher measures of the compound, which indicate poorer control of blood glucose levels, were the best predictor of cognitive decline.

The findings suggest that more aggressive approaches to managing and especially preventing diabetes in midlife or before may help stave off mental declines in large segments of the population. But Dr Yaffe warned that doctors should be cautious about lowering blood sugar levels too far in elderly diabetics since they are especially vulnerable to the effects of hypoglycemia.

“There’s this idea that the better your glucose control, the better off you are in terms of trying to prevent complications of diabetes,” she said. “But in older people, it’s a slippery slope. The elderly are more sensitive to hypoglycemia, they’ve got other medications that may interact, and they’ve got other conditions.” “When you lower their blood sugar levels too aggressively,” she added, “you might do more harm than good.” 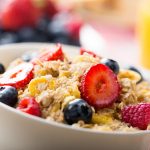 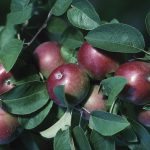 Foods for Diabetes Should Regularly Include Foods High in Chromium