You may be selective with the foods you eat, and that’s great. But the main area you want to pay attention to when placing food on your plate is the portion of the food. Why? Because food calorie intake is the main cause of your gaining or losing weight.

You may decrease or increase the amount of protein in your meals hoping your metabolism will burn more calories; nothing wrong with that. But if your daily calories are substantially greater than the daily calories you need to take, you will gain weight regardless what the composition of your meal is.

That is what George Bray, MD, of Pennington Biomedical Research Center in Baton Rouge, La., and colleagues reported in the Jan. 4 issue of the Journal of the American Medical Association.

The study, published by MedPage Today on January 03, 2012 and shown below, indicates that eating too much is what really counts at the end of the day, regardless of how much or how little protein you eat.

Eating too much guarantees that your body will pack on the fat, regardless of how much protein you consume, researchers found.

Patients who ate a low-protein diet gained less weight overall than those who ate a normal- or high-protein diet, but they all experienced a similar increase in fat mass when they overate by about 1,000 calories a day, George Bray, MD, of Pennington Biomedical Research Center in Baton Rouge, La., and colleagues reported in the Jan. 4 issue of the Journal of the American Medical Association.

“Fat storage was exactly the same with all three levels of protein,” Bray told The JAMA Report. “Protein, on the other hand, had no effect on storage of fat, but it did affect weight gain.”

Some work has suggested that eating a diet high or low in protein could maintain body weight through its potential effects on metabolism; eating too little could spare lean body mass while eating too much could add lean body mass. Activate MedPage Today’s CME feature and receive free CME credit on medical stories like this oneAction Points.

This study found that eating too much guarantees that your body will pack on the fat, regardless of how much protein you consume.

All patients gained weight in the study, but those in the low-protein group gained less than those who ate normal or high levels of protein.

They first had a weight-stabilizing diet, followed by randomization to diets consisting of 5%, 15%, or 25% energy from protein. During this phase, patients overate for eight weeks, increasing their overall energy intake by about 40%, or an additional 954 kcal per day.

Bray and colleagues found that all patients gained weight, but those in the low-protein group gained less than those who ate normal or high levels of protein (3.16 kg versus 6.05 kg and 6.51 kg, respectively, P=0.002).

Yet those in the low-protein group gained less lean body mass than those in the normal or high protein groups (0.7 kg versus 2.87 kg and 3.18 kg, P<0.001), largely accounting for the differences in weight gain.

And the overall increase in fat mass was similar between groups, rising about 3.51 kg from baseline, they reported.

They also found that resting and total energy expenditure rose among those who had normal- or high-protein diets, but it didn’t change in the low-protein group.

Lona Sandon, MEd, RD, of the University of Texas Southwestern Medical Center, who was not involved in the study, said in an email to MedPage Today and ABC News that the findings “confirm what other research has confirmed — calories count” when it comes to obesity.

“A low-protein diet may mean you weigh less, but might cause higher levels of body fat,” Sandon said. “Those that ate the low-protein diet gained less weight overall, but the weight they gained was mostly body fat. Excess body fat is related to metabolic syndrome and other health issues even if you are of normal or slightly overweight.”

Sandon also noted that the increased gain in muscle mass among those on the normal- and high-protein diets likely accounts for the increase in resting energy expenditure.

“We also know from other research that protein has a higher thermic effect on food,” he said in the email. “Higher protein intake requires more calories to digest, absorb, and metabolize compared to carbohydrate or fat. This may partly explain the increased calorie expenditure in the normal-to-high-protein groups.”

Bray cautioned that the study was limited because the majority of patients were male and black, and the findings may lack generalizability, but still concluded that “protein does influence what happens to your lean body muscle mass during the course of any dietary intervention, so there’s an important value to eating protein, but it doesn’t influence your storage of calories.”

In an accompanying comment, Zhaoping Li, MD, PhD, and David Heber, MD, PhD, of the University of California Los Angeles, said the study demonstrates “how low-protein foods with hidden sugars or fats may be contributing to the obesity epidemic.”

“When individuals consume excess carbohydrates out of proportion to protein, the body may gain less weight than when protein is consumed in adequate amounts,” they wrote. “Clinicians should consider assessing a patient’s overall fatness rather than simply measuring body weight or body mass index, and concentrate on the potential complications of excess fat accumulation.” 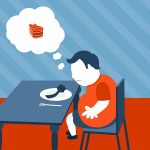 One of Many Obesity Effects: Hypertension 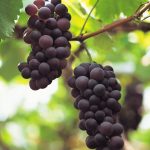 The Pros and Cons of High Protein Diets for Diabetics