It is generally believed that cholesterol in eggs directly contributes to raising blood cholesterol. Because eggs provide about half the dietary cholesterol in a typical Western diet, the public has been advised to limit egg consumption.

So, if it is generally believed that some cholesterol foods, in this case, eggs, directly contribute to raising blood cholesterol, should you stop eating eggs?

The phospholipid in Eggs combat Cholesterol

A compound in eggs, lecithin, can reduce the absorption of cholesterol, US researchers revealed in a study carried out by scientists at Kansas State University, led by Sung I. Koo, professor of human nutrition.

Under the experimental conditions using an animal model that closely mimics human physiology, Koo and his associates found that a particular egg phospholipid interferes with the absorption of egg cholesterol and markedly lowers its uptake by the intestine. When the phospholipid is saturated, its inhibitory effect is further enhanced.

The compounds are naturally occurring or derived from their natural precursors which could lead directly to the development of new compounds for lowering cholesterol. Koo anticipates that regulatory barriers to such development will be lower.

Koo says people with normal cholesterol levels and no family history of cardiovascular disease should not worry about eating one to two eggs a day. There’s more overall nutritional benefit than harm to be gained from eating “nutrient-dense” eggs – in moderation, he said.

An egg is a significant source of vitamins A and E, and B vitamins, B-6, B-12, and folate, which are known to lower blood levels of homocysteine, an independent risk factor for heart disease.

So, here you have it: you can have 3 or 4 eggs a week without a problem since eggs contain high levels of phospholipids, lecithin in particular. This substance prevents the cholesterol in eggs from being absorbed in the intestine. In addition, eggs have a substantial amount of antioxidants such as vitamin A, E, lutein, and other carotenoids. They are also high in the B vitamin complex. And let us not forget that the protein in eggs is of high quality and that if you eat them boiled or as an omelet (with little oil), they are very low in calories. 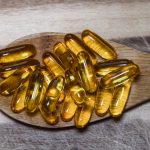 What is Best for You, Fish or Fish Oil Vitamins? 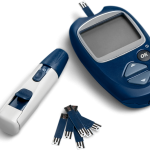