Your stomach can hold up to 2,000 cc. During gastric bypass surgery, the surgeon passes a balloon into your stomach which can hold about 20 cc. He then uses special staplers to cut and divide the stomach around this tube. This creates a small, new stomach, which is often referred to as a “pouch”, at the end of the esophagus.

According to Doctor Garth Davis, M.D., his patients lose about 70 percent of their weight after a gastric bypass surgery. This weight loss results in a significant reduction of health conditions, but the big one here is diabetes. The gastric bypass surgery is an extremely effective cure for type 2 diabetes; up to 96 percent of patients see a cure or improvement and they are sent home without their medications.

A surgery used to help obese people get skinny has an incredible side-effect with the potential to cure millions.

BACKGROUND: According to the Mayo Clinic, gastric bypass is the most frequently performed bariatric surgery in the United States. Many surgeons prefer gastric bypass surgery because it generally has fewer complications than other weight loss surgeries.

According to WebMD Health News, 89 percent of people with type 2 diabetes who underwent gastric bypass surgery went into remission, and 57 percent were still in remission after five years. The cost of treating diabetes is enormous. A person diagnosed at age 50 can expect to spend $172,000, which is the equivalent of seven gastric bypass procedures.

Obesity-related medical conditions usually improve or even go away after gastric bypass surgery; including arthritis, obstructive sleep apnea, and high blood pressure. About 95 percent of people report improved quality of life after weight loss surgery. Some studies also suggest people live longer after weight loss surgery compared to equally obese people who do not have surgery. 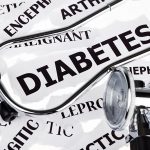 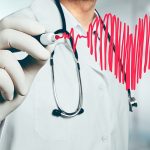 Are You Skipping Heart Beats?