Yesterday I wrote about foods that burn belly fat and reduce inflammation. Today I would like to expand on anti-inflammation foods that reduce type 2 diabetes and coronary heart disease.

A large body of evidence shows that regular consumption of whole grains may reduce the risk of coronary heart diseases and diabetes by up to 30%. Experts found (looking at nearly 42,000 postmenopausal women) that those who ate more whole grains were a third less likely to die by an inflammatory disorder during the 15 years of study.

How the study was conducted

Inflammatory diseases include any condition that causes chronic inflammation of body tissue. This inflammation causes a large number of disorders, such as heart disease, type 2 diabetes, rheumatoid arthritis, asthma, and digestive diseases (such as colitis).

Unlike refined white flour snacks and white bread cereals, whole grains retain more dense fiber and nutrients from the original grains. “The health effects observed exceed to cardiovascular disease and diabetes”, says Dr. David Jacobs, of the University of Minnesota, and author of the research published in the American Journal of Clinical Nutrition.

Protection, added the specialist, comes from the antioxidant substances in whole grains that protect cells from the harmful effects of chronic inflammation. The researchers used data from the Health Study of the women of Iowa that between 1986 and 2001 analyzed the health of 41.836 women 55 to 69 years old. Women responded to a questionnaire that analyzed the frequency of consumption of whole oats, brown rice, cereals for breakfast, bran, and rice, among other grains detailed questionnaires.

The results of the study

In a previous study on the antioxidant capacity of more than 1,000 foods, the team found several products from whole grains that have high antioxidant activity.

“I think that society would do well if it incorporates more food with whole grains in their diet,” says one of the researchers.

I hope you are convinced by now that eating whole grains can make a difference in your health. And although sometimes old habits die hard, this is one, including more whole grains in your diet, we all can make little by little. Try to make a trip to the supermarket and look for foods that have the word “whole grain” listed as the first ingredient in the food label. 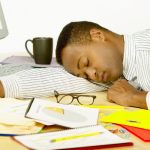 Study of Sleep: Early Morning Exercise Puts You to Sleep at Night 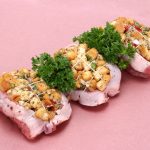